Since they are lighter, mostly unguarded, and easy to shift, bikes are one of the most favorite items for thieves. Moreover, since most bikes do not have identity tags, a thief knows that the moment he steals the bike and gets away from the vicinity, the bike is gone forever. Thus, as you might suggest from the above-mentioned doomsday scenario, it is imperative that you stop your bike from being stolen. Because, once it’s gone, it’s highly plausible that you won’t see it anytime soon.

However, there are some ways utilizing which you could stop your bike from being victimized. While this way won’t reduce bike theft to zero – nor will any other method, it would make sure that the chances of your bike being stolen are reduced.

According to a universal rule, you should spend 10% of the cost of your bike on its lock. Yes, no lock is 100% thief proof, however, as you might suggest, an expensive lock will have a much better chance of keeping your bike safe as compared to an inexpensive one. For, a good lock would increase the time required for the thief to break it.

Talking about their types, the U-Locks are the most rigid. Provided that you like them, go for a U-Lock in which both ends get locked to the crossbar.

As for the cable locks, you need to loop them around your bike and a stationary object. Go for a cable lock which is shorter and thick with intertwined threads. Finally, there are some bike chains which you could use.

If you’re just going to shop, make sure your bike is locked alongside the rod where you’ve parked it. If there are other bikes, make sure to lock your bike with them. Also, when locking it to a post, take a look at the height of the post. For, a post when less than 4m height would be of no use as thieves would lift the lock off the top. Finally, if your lock is big enough, make sure it is protracted around a tree.

Step # 3: Make Sure the Lock is tight

It doesn’t depend on which type of lock you’re using, as long as it is tight. For, a loose lock is as good as no lock. For example, if you’re using a D-lock, make sure that there is no space between the locking object and the bike. Also, the key-hole should be pointed downwards as this would make sure that the thieves couldn’t fill it with glue.

If none of the other techniques come to the rescue of your bike – and it gets stolen, this step would help you in getting it back. In the majority of countries, local authorities run schemes using which you could register the frame number of your bike. Talking about Police, they recommend that you have a photo of your bike and its details recorded in some place accessible.

Finally, if you want to outfox the thief, you could also tag your bikes in various places. This tag should include the registration details of your bike i.e. where it’s being registered etc. Make sure to TAG multiple areas as the thief would, most likely, strip off those which he sees.

Step # 5: Drill your name on the bike

If you aren’t too obsessed with aesthetics, you can drill your name on the upper side of the bike frame. For, this would warn the thief to keep his hands off it as everybody could see your name on the bike. 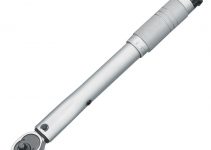